The cultural capital of Tamil Nadu, Madurai is a historical city which has been a major settlement for two millennia on the banks of River Vaigai. The city’s history takes you back to 3rd century BC and also Roman trade links are taking you back to 300BC. The city has been ruled by many rulers at different times including Pandayas, Cholas, Madurai Sultanate, and more. The city is filled with historical monuments including Meenakshi Amman Temple, Tirumalayi Nayak Temple, and many more. So, if you are planning to visit in Madurai city, here are some of the best places to visit here and make your experience memorable:

Meenakshi Sundareshwar Temple is the major highlight of Madurai city and is one of the most visited pilgrimage sites here. Also known as Meenakshi Amman Temple, this temple is dedicated to Goddess Parvati and Lord Siva. The whole temple is an architectural marvel and was once shortlisted as one of the top 30 nominees for New Seven Wonders of the World. The big complex is nestled in 45 acres of land including the main complex measuring 254 by 237 meters. which is surrounded by 14 tall towers. More than 33,000 sculptures reside in this temple and there are many shrines inside the temple. This temple is surely a must visit! You can get great discount on ticket booking online using goibibo coupons.

Just 1km from Meenakshi Temple, Thirumalai Nayak Mahal is another place of interest in Madurai. This palace was constructed in 1636 by Thirumalai Nayak. The whole complex depicts the Indo-Saracen style of attraction which attracts thousands of tourists. Although, the original palace was a lot bigger than the present complex. The whole complex was divided into two parts: Swargavilasa and Rangavilasa and only Swargavilasa live today. The ceilings have huge lovely paintings depicting Shaivite and Vaishnavite themes. The major attractions to visit in this complex are the Darbar hall (courtyard) and the Natakasala (dancing hall). Also, there is a throne in the Darbar Hall which takes you back to the times of Nayak rulers.

Not actually in Madurai, but 85 kilometers from Madurai, Kumbakkarai Waterfalls is a beautiful tourist attraction to rejuvenate yourself. This scenic waterfall is a base camp for the trekkers who want to venture into the Kodai hills. This pristine waterfall lies on the Kumbakkarai hills and you can see the cotton white water falling from the height of 87 feet. The environment becomes soothing and pristine as the falls offer some stunning views. Just near these waterfalls, a 500-year-old temple is dedicated to Goddess Thadagai Nachiamman.  Be careful from the dangerous holes which are closer to the falls!

Thiruparankundram Temple is one of the most visited places in Madurai. This 8th-century rock-cut cave temple is dedicated to Lord Murugan. It is one of the six abodes of Murugan and is the first temple of Lord Muruga. There are many myths associated with this temple. The main temple houses the sanctums of Subramanya, Durga, Vinayakar, Shiva, and Vishnu.  Also, there are many mandaps in this temple including Kambathadi Mandapam, Ardha Mandapam, and Mahamandapam. In the Tamil month of Panguni, many devotees gather at the temple in the annual festival.

Kodaikanal is not actually in Madurai but is still one of the most visited places near Madurai. It is also referred to as Kodai and is one of the most beautiful hill stations in India. It is one of the major star highlights to experience Tamilnadu tourism. Also known as the ‘Princess of Hill stations’, Kodai is a perfect place for a honeymoon trip located at an altitude of 2133m on the Palani Hills.This romantic destination has many scenic natural attractions including Coaker’s Walk, Silver Cascade, Bryant Park, Shola Falls, Pillar Rocks, and Kodai Lake.

Koodal Alagar Temple is another famous place to visit in Madurai. Also known as Arulmigu Koodalazhagar Thirukoil, Koodal Alagar Temple is believed to be older than the Meenakshi Temple. Three different postures of Lord Vishnu is the most unique posture of this temple. The Lord Vishnu has three figures- in standing, sitting, and reclining position. Although, the seated Vishnu is known as Lord Koodal Alagar. The reclining posture is of Sri Ranganatha and the standing is of Sri Surya Narayan Perumal. The temple attracts thousands of tourists every year on the festival days. You can get latest free job alert updates from fresh hiring.

Gandhi Museum is one of the most visited places in the city of Madurai. It is a masterpiece of Southern India and has a rich historical background and mythology. The squared-shape museum has a beautiful dome in the center. The museum was built by Nayak Queen Rani in the earlier 1700 AD. Later, the government of India took the whole services of the museum in their hands and named it in the memory of Mahatma Gandhi, the father of the nation. 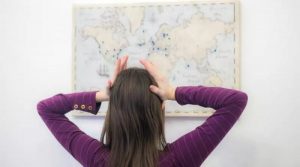 Ways Of keeping away from Stress When Planning a Trip 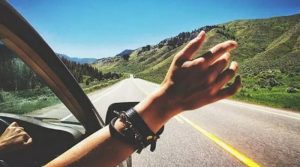 10 ESSENTIALS TO PACK ON YOUR NEXT ROAD TRIP 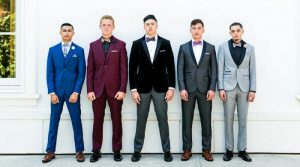 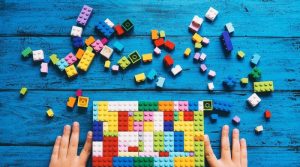